Article by Graeme Brown via Birminghampost 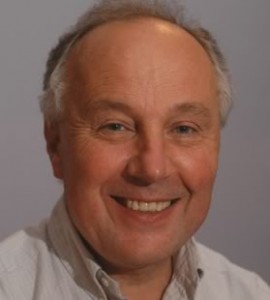 One of Birmingham’s best known business figures has been named as chairman of a 150-year-old manufacturing firm.

The Newtown-based firm is targeting £10 million sales this year and Mr Crabtree, an experienced corporate lawyer with a background in manufacturing, is expected to help the firm to go on the acquisition trail.

It will be only the second time in its 150-year history that a non-family chairman leads the family-owned business.

Mr Crabtree, who played a fundamental role in transforming Wragge & Co from a provincial law firm into a top national practice, has been brought in to replace John Berkeley OBE, who is retiring.

He said: “Manufacturing and Birmingham are two things I’m passionate about and I’ve been impressed by how the company has evolved in recent years and continues to be at the forefront of new innovation and technology.

“One of my roles will be to use my experience in corporate finance to identify possible acquisitions that will fit perfectly with the current business model.

“This could be an ideal way to accelerate penetration into new markets.”

The corporate lawyer takes over from Mr Berkeley, who is retiring after 18 years on the board.

He and managing director David Spears have seen the company withstand two recessions and expand an international client base in the production of complex components for the automotive, electronics, renewables and security detection markets.

Mr Crabtree has become one of the West Midlands’ best known business figures after a career that has taken in Wragge & Co, Staffline Group, Glenn Howells Associates and technology law firm White & Black.

He was a director of AWM for six years, in that role being responsible for the launch and development of Investbx,now Finance Birmingham and was president of Birmingham Chamber of Commerce and Industry. For many years he has held the role of chairman of Birmingham’s Hippodrome Theatre.

Manufacturing and industry have also been a big part of his life with experience gained as chairman at Metalrax Group, Claimar Group, Real Estate Investors, SLR Holdings and Truck East.

‘‘This is a very exciting time for Brandauer and the fact we have been able to attract a business leader like John Crabtree illustrates how much potential there is,” said Mr Berkeley, whose last official engagement as chairman was to host a royal visit by HRH Princess Anne.

“His knowledge of industry, managing rapid business growth and his network of contacts will all be invaluable in helping us achieve our objectives for the next ten years and I and the other family directors look forward to working with him.”

Brandauer – one of ten companies that make up MAN (Midlands Assembly Network) – produces more than four million parts weekly for customers, with 75 per cent destined for export to China and the US. It offers a range of services for the supply of pressed metal components, from prototyping, design and in-house tool production through to high-quality manufacturing of difficult materials.

More coverage on the appointment of John Crabtree as new Brandauer chairman can be found here: